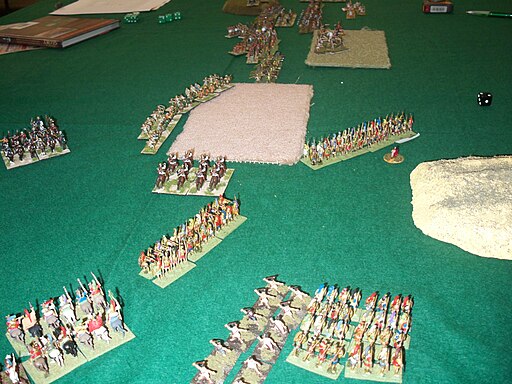 If you are looking for a friendly, informal Wargames Club then why not come to visit us at the Badger Farm Community Centre any Tuesday between 19:00 till 23:00. New members are always welcome.

We are a varied group and play a wide variety of games. Whether it is figure gaming, roleplaying or boardgaming, there are members of the club willing to have a go at any period. We have no formal arrangements and people as such organize their own games. We also run campaigns and put on participation games at shows. Members of the club also participate in Tournaments.

If you’re new to wargames, take a look at this video introducing you to one of the games we play – Saga.